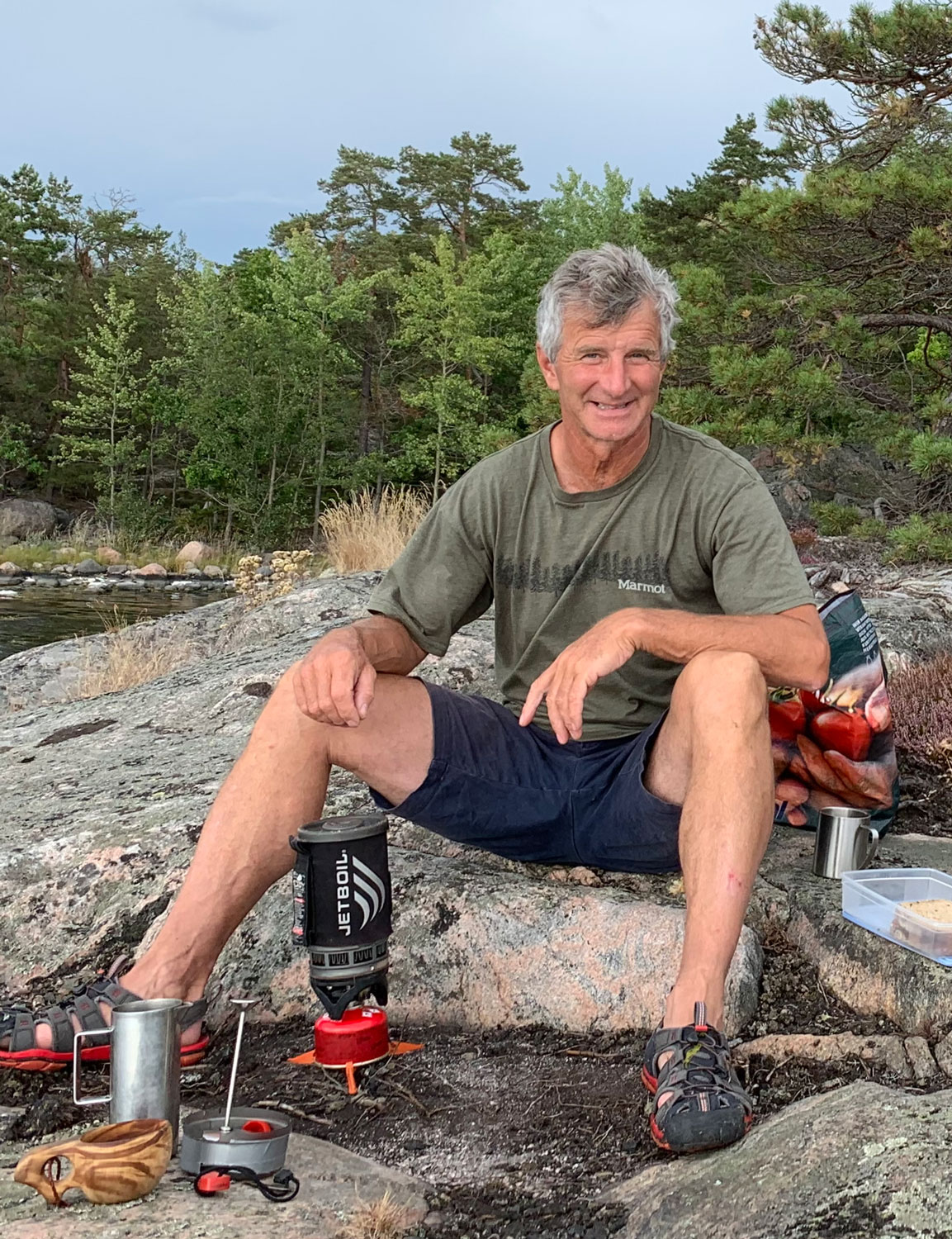 Kevin is passionate about both sea kayaking and the natural world. With a Ph.D. in ecology he likes to observe and understand wildlife, from beetles and flowers to the birds and dolphins. Kevin loves the simplicity of living out of his kayak for an extended journey, moving silently and efficiently through quiet and empty spaces.

Kevin has been paddling for over 35 years and guiding small bespoke journeys on skis and on the water for the past 20 years. Kevin has paddled extensively throughout the UK as well as in Norway and Sweden, Canada, Mexico and France. Originally from Devon in South West England but now living permanently in Sweden, Kevin is qualified as a British Canoeing Advanced Sea Kayak Leader (old 5-star sea kayak leader award) and in Sweden is a blue paddle pass examiner. 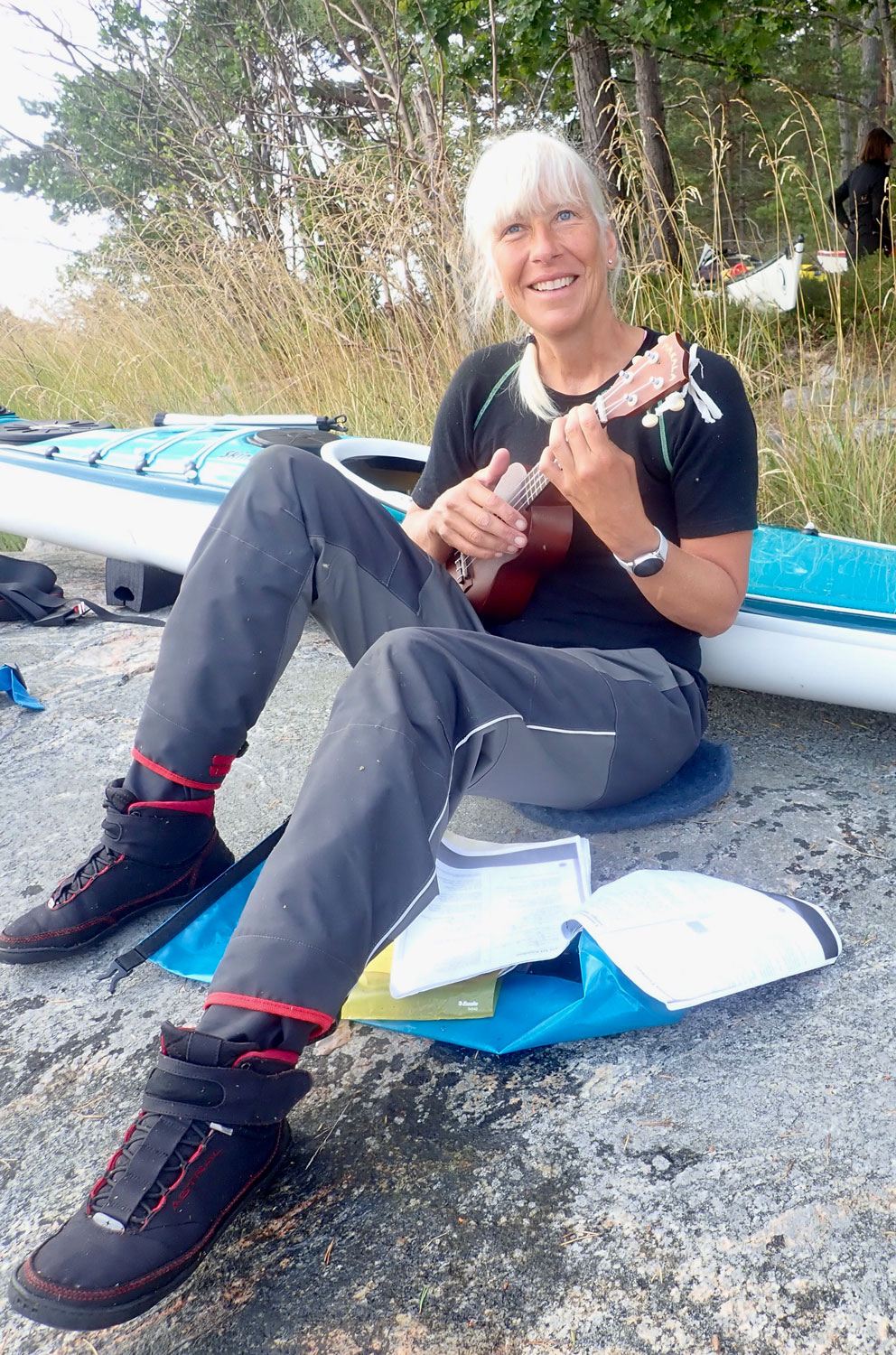 Therese lives and loves the outdoor life, or as the Swedes say “friluftsliv”. Having grown up in   northern Sweden, she enjoys the vast spaces, natural beauty and distant horizons of the mountains and the sea.

With BSc in Physical Education and many years of teaching experience, Therese enjoys sharing her passion of the outdoors with children and adults of all ages. Therese has been kayaking for 30 years and holds a British Canoeing 3 star award and is a BC level 2 coach. She is a qualified sea kayak leader for Friluftsfrämjandet in Sweden, as well as being a qualified Mountain leader. She has led numerous kayak and mountaineering trips, both in Scandinavia as well as further afield, for example the UK, Canada, Ecuador and Malawi. Half way through a long tour she’s very likely to pull out her ukulele and play a few tunes. 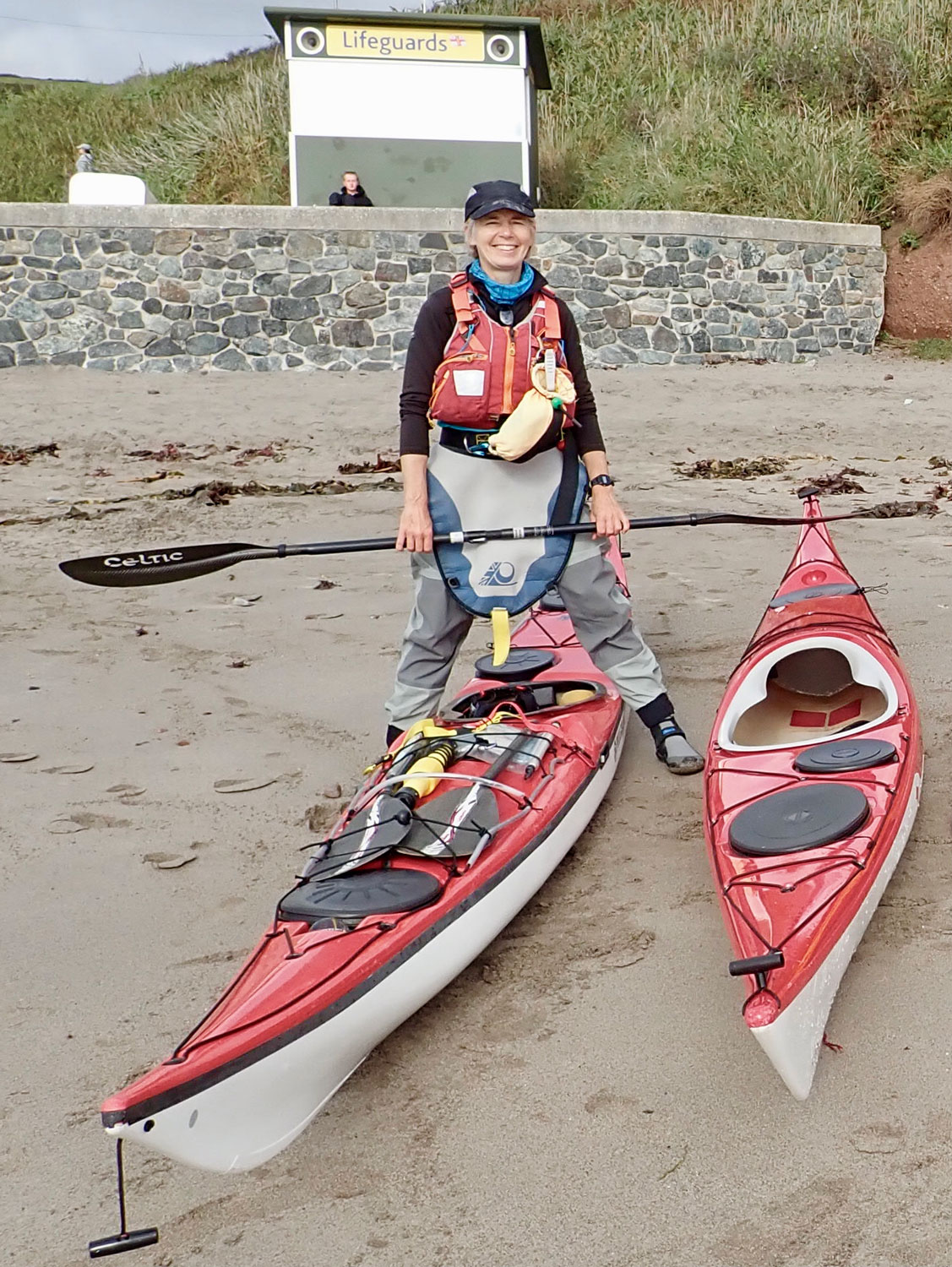 Julie discovered sea kayaking after moving to Devon 15 years ago. She enjoys the freedom to explore the diverse coastlines that the UK has to offer. Further afield she has enjoyed exploring Jersey, France, Norway and Western Greenland, always with a sketchbook to hand to record the journey.

Back at home in South Devon she is the chair of Totnes Canoe Club, based on the river Dart. She can often be found leading groups and coaching at sea kayak events but also enjoys white water kayaking, canoeing and has recently discovered surf skiing. Julie is a British Canoeing Advanced Sea Kayak Leader, performance (Level 3) coach and a sea kayak award provider.  Julie co-organises the largest European Women’s Sea Kayak Festival, held in Devon in 2015, -17, -19 and -21 and this year she is also a British Canoeing “She Paddles” Ambassador, encouraging women paddlers onto the water.

The past two years has made us think really hard about the environmental impact both of our personal  paddling and our business. The combination of climate change and the effects of Covid have meant that our regular visitors from the UK have been unable to visit Sweden and we’ve not been able to enjoy the waves and scenery of Devon, Cornwall or the West coast of  Scotland. We have focussed much more on our own backyard and have really enjoyed exploring the waters closer to home in great detail.  For 2022 we plan to run most of our courses and trips in the St Anna archipelago, and use the beautiful island location of Harstena as much as possible for it’s pure natural beauty and for the more dynamic waters we find there.  We have three journeys planned to distant waters this year (High Coast, Koster and Lofoten) and will try and minimise the environmental impact of our travelling with a combination of car sharing, electric vehicles and public transport.  We will try and take one vehicle North with our customers boats on a trailer so they can take the train, at least as far as Narvik for the Lofoten trip.

In 2021 we translated a book from Swedish into English, Frilufts Pedagogik. In doing so we re-strengthened our awareness of the health benefits of being outdoors. With the wonderful Swedish right of public access (Allemansrätten) comes an equal measure of responsibility, to the landowners, to the nature and to future generations.